#GTA to revive the prestigious Giri Puraskar after 6 years. Being conferred to Nepali musician Karma Yonzone and a writer Bindya Subba 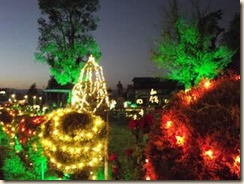 Wishing everyone Merry X-mas. May Santa shower peace and happiness in every home

@laksh_kgm – yes, I agree, the test is on. But the taunts of BJP & Cong left no option for AAP but to form the govt.

Prashant Bhushan of AAP sends a warning: Govt may not last, cases against Cong will go to Janlokpal – Indian Express http://shar.es/OUyEb

It will indeed. RT@httweets:Attempted cover-up of Adarsh scam will only go against Cong – Hindustan Times http://www.hindustantimes.com/comment/attempted-cover-up-of-adarsh-scam-will-only-go-against-cong/article1-1165792.aspx …

Anna Hazare has his doubts about survival of AAP govt in Delhi – The Times of India http://timesofindia.indiatimes.com/india/Anna-Hazare-has-his-doubts-about-survival-of-AAP-govt-in-Delhi/articleshow/27809353.cms …

DGMOs of Pak & India meet today on Pak side of Wagah to discuss various issues of border violations.

Lt Gen Vinod Bhatia just walked in to the Pak side of Wagah for the talk.

(Arvind kejariwal) Indian politician, in post known for its perks, says no thanks: by Gardiner Harris, New York Times http://tinyurl.com/oox53za

#AAP Kejariwal refuses official CM bungalow. Now what will happen to all those ministerial bungalows which will not be occupied by them?

Yes, there is deep divide over support for AAP, says Congress http://ndtv.in/JnxjIB pic.twitter.com/hwVngpiQaJ

AAP did what Rahul Gandhi set out to do: Digvijaya Singh to NDTV http://ndtv.in/K20K4u pic.twitter.com/OpReYcBYwV

Restore and rejeuvenate yourself by getting 7-8 hours of sleep every night !

Pause a little from your daily hectic life to listen to someone whose views are different from you own.

Retirement life is series of transition: from Olive Green to civvies, being woken up a buddy to fetching morning milk from the milk booth. And now trying to adjust with new-normal due to pandemic - CORONA.
View all posts by Shiv Rana →
This entry was posted in Me and tagged AAP, Adarsh, X-mas. Bookmark the permalink.