Tweets of the Day 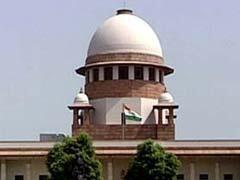 Tweeple & leaders of AAP will cry & exhort people not to accept any liquor from anyone for votes. But Cong & BJP will distribute it

Justice AK Ganguly, accused of harassment a law intern says time has not come to think about about resignation.

Also let us remember that Pak started a 1971 war on this day by bombing our cities in the western front. India retaliated. #Bangladesh

If you don’t like something change it; if you can’t change it, change the way you think about it. – Mary Engelbreit

Love is a friendship set to music. – Joseph Campbell

A Guy asks: Why are you wearing your belt around the knee? Girl replies: I promised my mom that I wouldn’t let you touch me below my belt

@Jorebungley hi – is this rally different from the one being organised by Parisangh?

Retirement life is series of transition: from Olive Green to civvies, being woken up a buddy to fetching morning milk from the milk booth. And now trying to adjust with new-normal due to pandemic - CORONA.
View all posts by Shiv Rana →
This entry was posted in Me and tagged Bharat Ratna, IAF, Quote, twits. Darjeeling. Bookmark the permalink.