What a change from socialistic mindset to present day flaunting everything you have. No Neta minds crores of assets & yet beg for votes.

@happyshiv. Reminds me of an African country Military Attache’ who brought three legally wedded wives. All shared his time merrily!

An act of peace, no matter how small, is an act of hope.

The bird dares to break the shell, then the shell breaks open and the bird can fly openly…. 1/2

This is the simplest principle of success. You dream, you dare and and you fly. – Israelmore Ayivor .. 2/2

In ordinary life we hardly realize that we receive a great deal more than we give, and that it is only with gratitude that life becomes rich

Sheila Dikshit’s sarcasm: Not competing with Narendra Modi, he wants to be PM, I am a Chief Minister Well said Ma’m.#indianelections 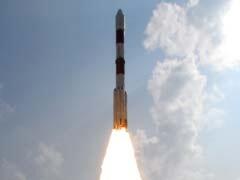 Retirement life is series of transition: from Olive Green to civvies, being woken up a buddy to fetching morning milk from the milk booth. And now trying to adjust with new-normal due to pandemic - CORONA.
View all posts by Shiv Rana →
This entry was posted in Me and tagged Mangalyan, Neta. Bookmark the permalink.